COVID-19 ALERT: We are open! Our Office Visits are Limited to Appointments Only. Masks will be required to enter our facility.

Speak with a Real Technician

What is a Work Station?

A workstation can be any computer.  Usually the Workstation title refers to computers which the standard user utilizes.  Workstations also mean that if your computer network is setup properly, either most of your data, if not all of your data should be located on a centralized server.  If this was to happened to the workstation, you should not have to worry about anything on that workstation. Standard computer users should not have access to the server, for way too many reasons. Macs can also take the name workstation as they also have servers.  Since all workstations take the brunt all most user abuses.  These devices will eventually fail.  Every user will get a warning sign that something is not right.  One example is that the Computer Hard Drive is failing.  Having a failing Hard Drive is like having a pot hole in a road, on which your car may drive upon.  If that pothole is not fixed, that pothole will continue to get bigger.  Same with a failing Hard Drive, if you don’t get your data transferred over to a replacement drive, more damage to your data will occur.

A failing Hard Drive is not the only problem a workstation can have.  There are many other problems that can cause your Workstation to not work correctly.  Most of the time, I have noticed user’s workstations to have very bad performance, but that user just continues to use the workstation until it fails completely.  Usually when this happens, the costs are much higher in getting the workstations fixed.  Networks by Design has specialist and troubleshooters that has the ability to fix most Workstations and Servers problems.

The configuration of servers can be quite complicated. Most users, or even advance users who have a general understanding of computers can still struggle to configure a server correctly.

What You Should Know About Server Setup

What Is A Server?

A server is any computer that acts as a controller for any type of software. A server is also a computer designed to process requests and deliver data to other computers over a local network or even the internet. Servers don’t have to be server equipment though. For example, a workstation can act as a server, to a certain degree. We at Networks by Design will evaluate your business and find out if “server equipment” is right for your needs.

What Is Considered “Server Equipment”?
Server equipment is designed to be left powered on all day long. Manufacturers design server equipment with; multiple processors, redundant power supplies(if one of the power supplies fails, the other one keeps the system running), a centralized data backup system, and also redundant hard drives(if one of the hard drives fails, the system continues to run in a slow state).

What Are Some Advantages Of Having A Server?

What Are Some Disadvantages Of Having A Server?

What Is A NAS? 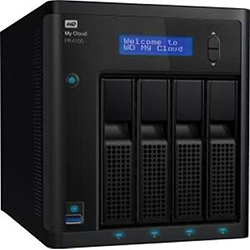 A network attached storage device (NAS). This device is built to host your files so that multiple computers can access them without a server. Some of our customers go this route because a server computer is not cost effective for their business.

WHY NETWORKS FOR YOUR SERVER WORKSTATION REPAIR & INSTALLATION?
At Networks, we observe the “kiss method”. We keep it simple so that our work is not confusing to the customer. Most customers don’t need half of what’s installed on their server. So, if you’re having any issue regarding Server Repair & Installation, Networks has the certified technicians you need to resolve the issue in the best and most cost effective way possible!

CALL NOW !
Home or Business, We Come To You

Do you have a big job coming up? Need to make a big purchase? Let us know we can help!